Conquerem, a bidding platform for emerging market ambitions, wanted to engage more customers online on social media and to help them achieve this goal, I composed visual designs based on global festivals which triggered record levels of social media outreach on Facebook, Twitter, and Instagram. 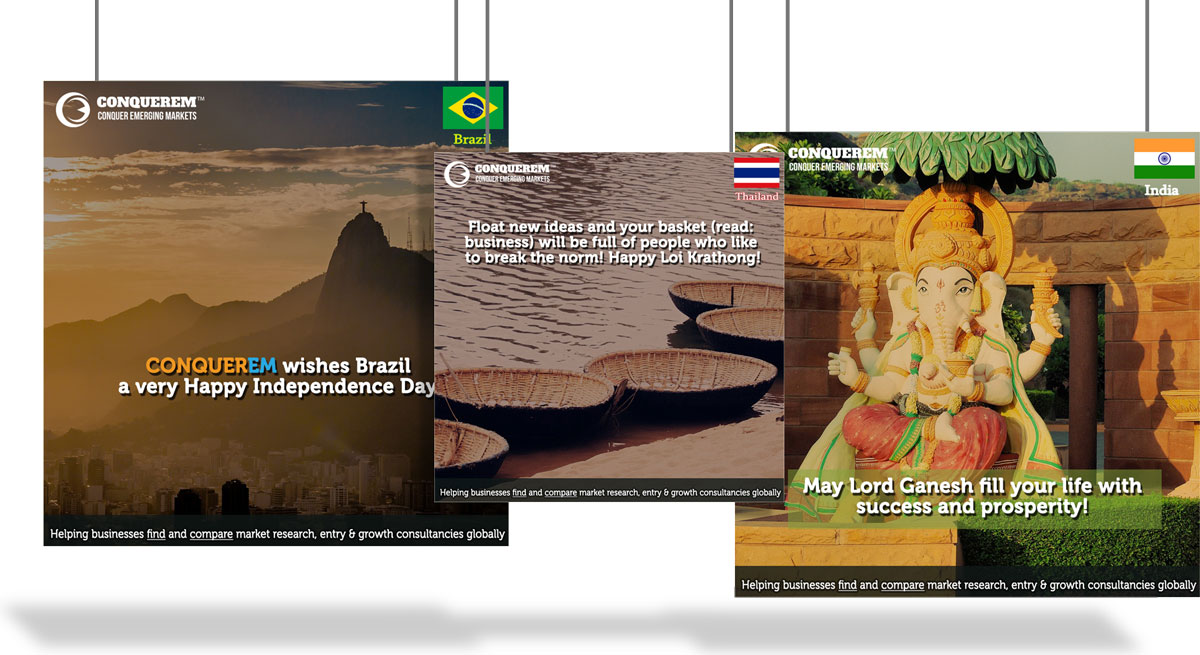 "Dhruv interned with Conquerem in early 2016. The quality that I really admire about Dhruv is his intellectual curiosity and inquisitiveness. He doesn’t only ask thought provoking questions, but also wants to be a part of the solutions. Apart from being blessed with a fine persona, Dhruv has built in him an armor of technical prowess that enables him to add values to organizations in more ways than one. It won’t be wrong to say that he matured faster than some of his peers and has a bright future ahead of him. I would like to whole-heartedly recommend him for adding 'digital value' to any growing business."
- Rachit Khosla, Founder & Chief Executive Officer, Conquerem